The 2019 Prime Minister’s Future Scientist Prize has been won by Thomas James, a Year 13 student at Burnside High School in Christchurch.

Thomas designed a robot for the elderly and people with disabilities to take wheelie bins to and from the kerb after noticing his elderly neighbour and grandparents struggled with their wheelie bins. 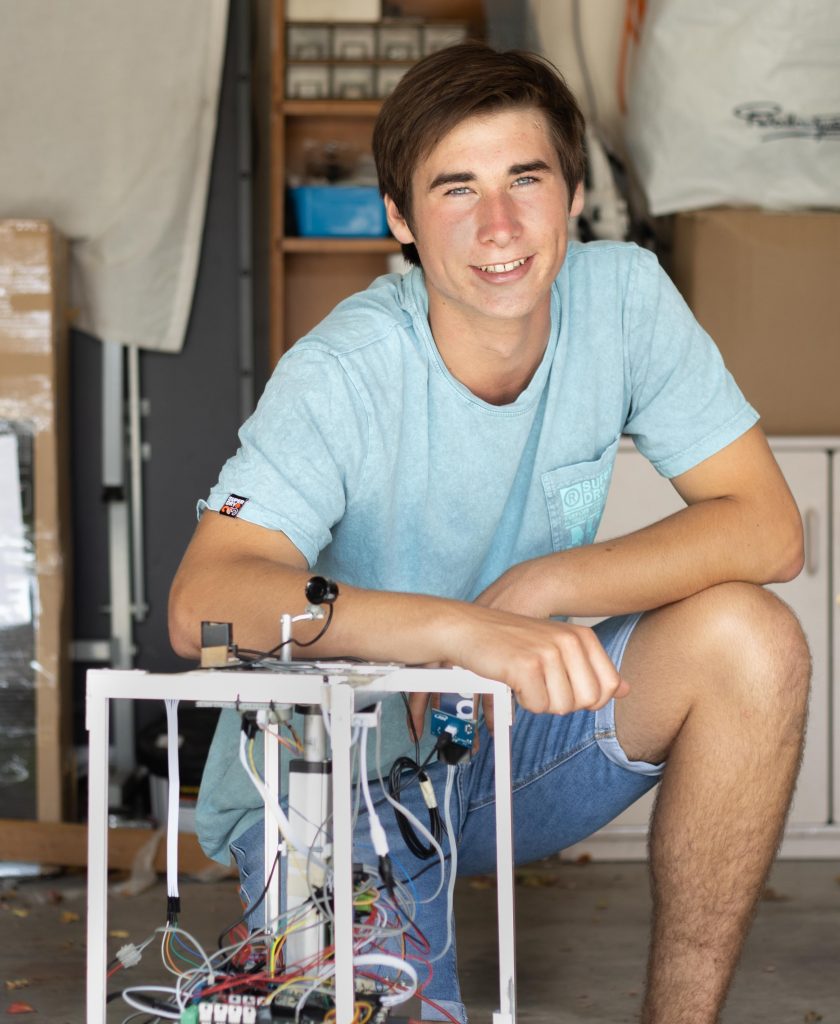 A keen scientist, Thomas says he was looking for a project where he could help his community when the idea popped up. The result is a robot that raises the front of a wheelie bin off the ground, wheels it to the kerb for emptying, and later returns to bring the bin back to its storage space.

The design and build has taken Thomas two years and has involved a lot of physics, technology and design. He has consulted with users, Age Concern and waste collection company Waste Management, and admits to taking over a living room and the garage at home!

Thomas started the project by computer modelling prototype designs before he built a full-size robot.  Working with detailed electronics and computer programming was a big achievement for Thomas since he does not study technology at school.

Associate Professor Don Clucas from the Department of Mechanical Engineering at the University of Canterbury nominated Thomas for this Prize. “Thomas has produced a system that many adult technologists would struggle to design and make.  This has required learning about micro-processors, programming, autonomous navigation, where to find components and how to make things that work on a limited budget.”

This project wasn’t straight forward, with Thomas’ first full-size robot having failures that sent him back to the drawing board. However, rather than being onerous, working across a number of technology and science disciplines helped him, Thomas says: “when you get stuck in one area you just put it on hold and keep it in the back of your mind and work on something else. You’re always brainstorming and when a breakthrough happens it can be from an idea that you had way earlier”.

Thomas says the future for Wheelie Drive is to improve the robot’s navigation reliability and “intelligence” so it can identify objects obstructing its path, before looking into mass production.

Thomas will use the Prize to support him through his tertiary study at the University of Canterbury where he will study mechanical engineering.