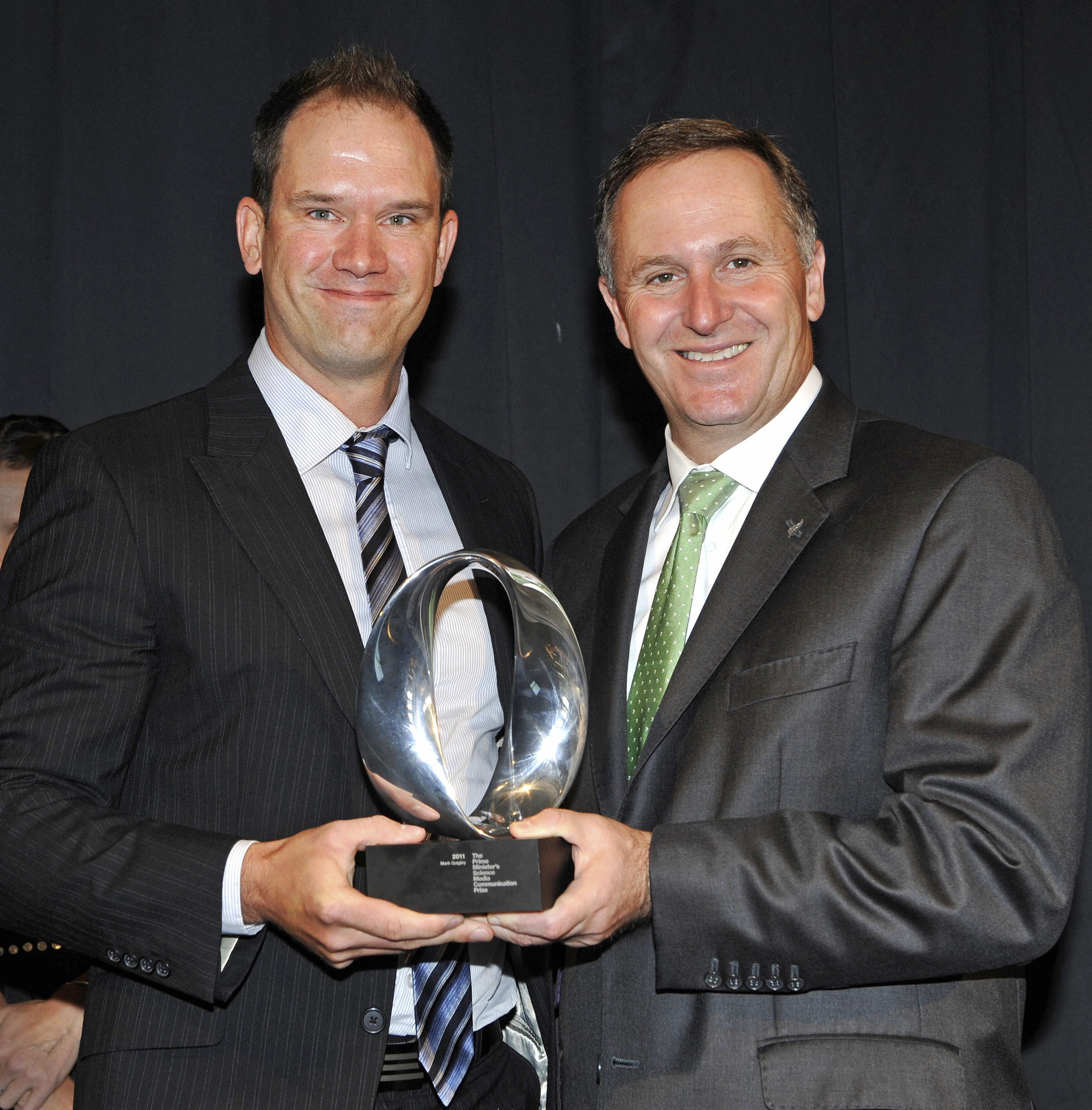 A scientist that many New Zealanders’ have turned to for trustworthy commentary on the Christchurch earthquakes has been honoured for his communication skills.

Winning the prize is one of the few high notes in a year that has seen Mark make himself available to explain the science behind the shakes, despite living in a condemned red zone house surrounded by liquefaction and with no sewerage, water and power.

Since 2010, he has delivered more than 40 lectures in New Zealand and overseas including three in Christchurch attended by more than 2,400 people. The winner of the New Zealand Listener’s 2010 “unlikely television star” title has also been interviewed frequently on radio and television, been the focus of multiple newspaper articles and maintained a website that has attracted over 130,000 hits.

In addition, Mark has published seven peer-reviewed research articles on the Christchurch quakes and says one of his proudest achievements is having numerous postgraduate students at the University of Canterbury as co-authors. “That has allowed them to move their careers forward despite the obvious personal challenges resulting from the earthquakes.” 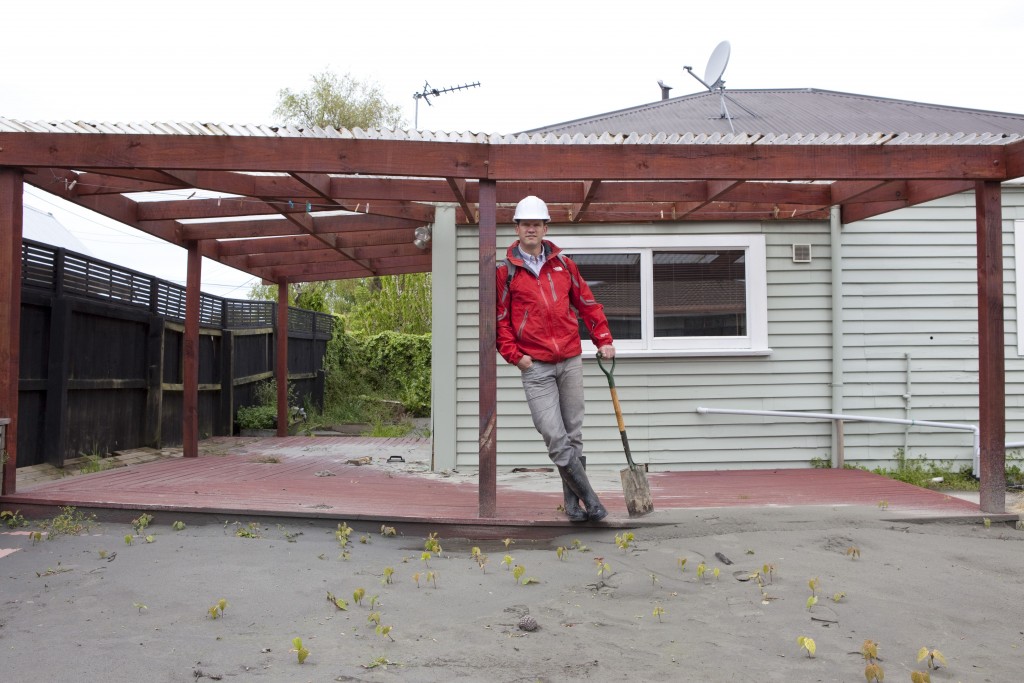 Professor Jarg Pettinga, who heads the University of Canterbury’s Department of Geological Sciences, says Mark has a rare ability to communicate complex scientific issues in a credible and calming way. “But the leadership and direction he has provided in terms of research is just as important. The Canterbury earthquake sequence has put a major spotlight on New Zealand geosciences and it has come through strongly, in no small part because of the outstanding contribution made by Mark.”

Mark’s research is also contributing to decisions on the Christchurch rebuild and changes that may be needed to New Zealand’s building code.

In addition, the award-winning scientist may be one of the reasons that interest in studying earth sciences at the University of Canterbury continues to soar. Mark says “huge interest” in the field bodes well for the future. “We need educated, enthusiastic young people working on earthquake research. Having the best and brightest minds in this space is good for Christchurch and good for the human race.”

Mark, who is 34, says one of the most difficult issues he’s grappled with over the last 15 months is pressure to be optimistic.

“I am an optimist anyway but when it’s your life and your community and others are relying on you, you do tend to look for the bright spots. It’s been a balancing act to give accurate information that is hopeful but not unrealistic.”

A thirst for adventure was one of the things that drew Canadian-born Mark to a career in science. He has spent time carrying out research in some of the world’s most remote places including the Canadian Arctic, Antarctica, The Himalayas, the jungles of East Timor and the deserts of the Southwest USA, Iran and Australia. Mark gained his undergraduate degree in geology from the University of Toronto in Canada, his Masters at the University of New Mexico in the United States and his Doctorate in Earth Sciences is from the University of Melbourne. He has been teaching at the University of Canterbury since 2008 where he supervises a research group of 15.

Mark says winning the Prime Minister’s Science Media Communication Prize is a highlight of what has been one of the most testing years of his life.

“Making myself available round the clock to communicate to the public has required me to put a lot of my life on hold. I’ve got no regrets but it feels wonderful to have the effort recognised.”

Among his plans for the prize money are writing a popular science book and a children’s book on the earthquakes, carrying out a science communication lecture tour to New Zealand universities and research institutes, and sending some of his students to science media training courses.